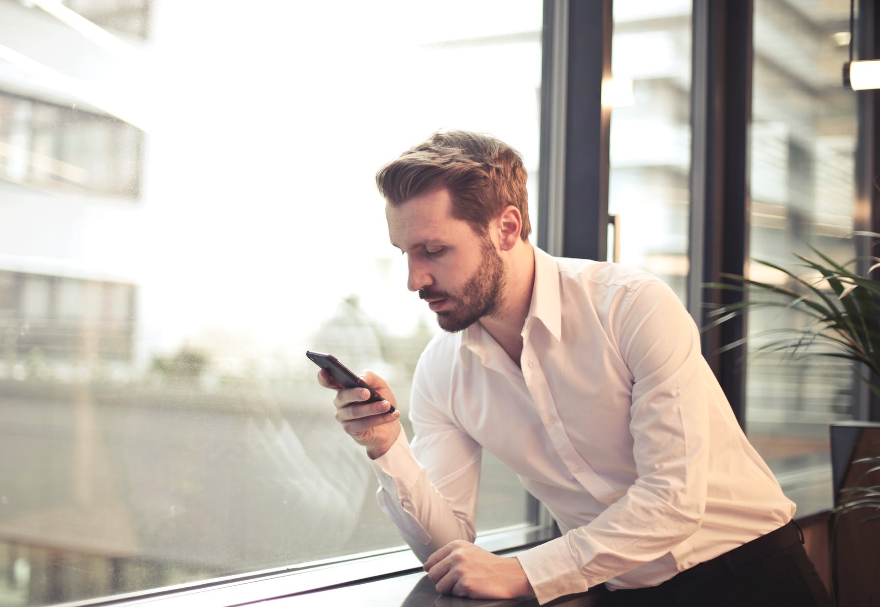 Many consumers shy away from pure smartphone banks. These are the reasons for their concerns.

Established financial institutions are facing digital competition: This week the start-up Neon launched its account app. The Zurich-based company can do without branches – account creation and management are done via mobile phone. Neon is the second Swiss smartphone bank after Zak from Bank Cler. In addition, the account app of the British company Revolut is available in Switzerland, and the German N26 is about to be launched on the market.

Smartphone banking sounds practical, but the companies also raise doubts among consumers. The fear of the unknown frightens off customers. Especially when it comes to money, the perceived risk is high. And there are a lot of negative reviews about virtual banks online.

When it comes to security in banking, this primarily concerns the technical systems: are transactions and credit balances sufficiently protected against access by third parties? At the established institutions, this works so well that the demands placed on newcomers are particularly high.

However, the expert assumes that the technical systems at smartphone banks are reliable. The lack of trust is an incentive for the new companies to be particularly secure: “They are aware that they must not allow themselves any mistakes when it comes to security.

Swiss depositor protection stipulates that in the event of bankruptcy, customers will be paid deposits of up to CHF 100,000 immediately, i.e. before the bankruptcy proceedings begin.

This depositor protection applies to Zak and Neon. For the German N26, depositor protection is 100,000 euros. Revolut places customer deposits in accounts with the British banks Barclays and Lloyds. If Revolut becomes insolvent, customers can demand their money back from them. According to Revolut, these claims are considered before other creditors – but the British Financial Services Compensation Scheme does not apply to Revolut.

A comprehensive review of Revolut with all details about the virtual bank can be found on GoodByeBanks.com.

In addition to technical security, there is another aspect that discourages consumers from using smartphone banks: What if the smartphone start-up goes bankrupt? Such young companies are often not that stable. Anyone who fears that a smartphone bank will soon close down again would prefer not to entrust their money to it.

To protect consumers, banking service providers in Switzerland therefore need a licence from the Financial Market Authority. Smartphone banks, however, do not obtain such a permit directly, but have their accounts managed by an already approved bank. For Zak it is Bank Cler, for Neon it is Hypothekarbank Lenzburg. This means that regulations such as depositor protection also apply to smartphone banks (see box).

It gets complicated with foreign suppliers. Revolut has an authorisation in the UK to process electronic payments and a European banking licence in Lithuania. For Swiss customers, however, only the British authorization is decisive, according to a Revolut spokesman. The virtual bank processes financial services in Switzerland via a correspondent account with Credit Suisse – also an institution approved by Finma.

However, the confused background of foreign providers in particular is likely to deter some clients: An average citizen would rather not open an account with an unknown foreign institution.

In September ’19, a fraud case at the smartphone bank Revolut caused a stir. Fraudsters stripped a total of 30,000 CHF from the affected customer. Shortly after the incident became known, further victims of fraud were reported in Switzerland and Germany.

In this phishing case, the company is obliged to define a communication channel that provides the necessary security.

In addition to smartphone banks, many people today also use other money apps. The Twint app, for example, is enjoying increasing popularity among many young people. It’s hard to say how secure Twint actually is. The advantage here is certainly that it is backed by established institutions that are at least familiar with online banking and know better how to react in the event of a claim.

Unfortunately, the app’s code is proprietary and, unlike open source software, cannot be viewed publicly. I don’t yet know of any publication that would have tested its structure, processes and communication.

As a general rule, all system and app updates should be carried out promptly. It’s recommended to uninstall apps that are no longer needed and question the seriousness of new apps.

If possible, users should also activate the encryption of mobile phone data. And add a useful PIN to unlock it.

In addition, it’s recommended not to store to much money with such virtual banks. So far they might be useful as an additional service under certain circumstances, but they probably can’t replace traditional banks yet.

The concerns of consumers are an advantage for the established banks. Although the banks are lagging behind the smartphone banks in terms of innovation and flexibility, most customers are not prepared to give up their long-standing relationship with their house bank for this reason.

But people are trying out the services. And if they get used to the new offer, they might increasingly use their banking services with their smartphone competitors.